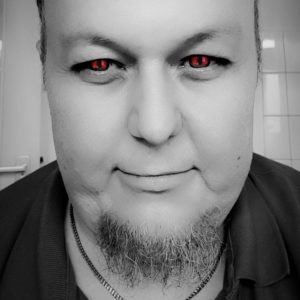 You could call MaXxive Studio the brainchild of René Heimans, a Dutch musician, producer and studio-engineer.

René has been making music since his early teens. Playing the keyboards since he was 8, he learned about new instruments while attending highschool. That’s where the interest of writing his own music started as well. While some of his friends in highschool wrote lyrics (or poems), René started writing songs around them.

In 2009 René started his own studio (MaXxive Productions) to record his music and searched for partnerships to add to his music, while at the same time recording and producing other artists. Guitarists, vocalists, synth-experts and the like were added to his songs and the songs finally got a professional sound. Performing them live is not the dream he wants to pursue, so the songs remained on his harddrive and were never really publicly released.

In 2015 René started a new record label (MaXxive Records) to support new artists with their music. And while doing so, he felt that it was also time to release his own work to the world, as he felt being on a harddrive hardly did justice to them. But… Collaborating with lots of musicians and vocalists made coming up with a name quite the challenge. That’s where the name MaXxive Studio came in.

The similarity between all music written, produced or recorded by René is that it all came from the studio of MaXxive Productions. MaXxive Studio is therefor a pseudonym for everything that was created in the studio of MaXxive Productions over the course of his musician’s life. Either 100% written by René or in collaboration with fellow musicians and vocalists. MaXxive Studio is the perfect name for this ‘project’ and will release songs that have never been released before.